The Heart of Case Management Award is a national program recognizing case managers who are highly regarded for transcending beyond their traditional job duties to improve the lives of thousands of injured employees. Watch the video and read the cases below of our Catastrophic Case Management winners to learn how these professionals make a difference. 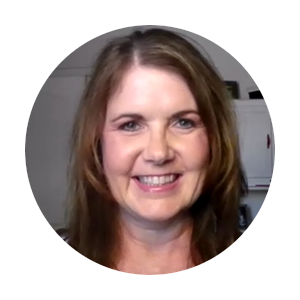 A 51-year-old police officer was shot in the thoracoabdominal region while trying to apprehend a suspect on felony warrants. The officer was quickly transported to a trauma center for emergency treatment with significant injuries including lung, liver and kidney lacerations. The officer underwent numerous procedures and surgeries, three of which were in the first five days following the injury. Over the course of his recovery, the officer required multiple readmissions to the hospital for complications and additional surgeries.

Debbi Gillespie took over case management responsibilities four months after due to her catastrophic case management expertise. She was integral in managing timely outpatient treatment to address all needs related to his injuries, and effectively coordinating multiple admissions and discharges from acute care due to procedures and surgeries required throughout his case. This included significant liver, renal, diaphragmatic injuries, accumulation of liquid in the lungs and potential sepsis concerns. Gillespie’s depth of knowledge in community resources helped her identify providers to address the physical injuries, as well as social and psychological aspects of this case, which resulted in the injured worker returning to the police force ahead of ODG guidelines. The officer’s recovery won him the Rehabilitant of the Year Award from Arizona Workers’ Compensation Claims Association, who praised Gillespie’s successful case management in support of his return to work. The officer and Gillespie were also heralded at the Comp Laude Awards and Gala, an annual event that honors the outstanding contributions of individuals and case managers in the workers’ compensation industry. 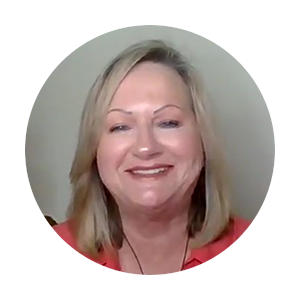 A boom truck slid off the road rolling over several times before landing in an embankment and catching fire. The unconscious driver was pulled from the flaming wreckage by a passerby and soon air transported to a hospital. After sustaining multiple traumatic injuries including spleen and liver lacerations as well as critical burn injuries that covered nearly half his body, the man’s likelihood of survival was low. The injured employee continued to face an uphill battle, surviving two cardiac arrests, multiple surgeries for burns and grafting, as well as a tracheostomy.

The case was assigned to seasoned case manager Jeaninne Powell, RN, CCM. Though COVID-19 lockdown prevented her from interacting with the patient and staff directly, Powell utilized her knowledge of the hospital staff and deep expertise to arrange for timely scheduling and communication. Powell kept in constant communication with the injured employee’s wife by phone, providing emotional support and education on her husband’s condition. As the case progressed and the man began to stabilize, Powell developed a trusting relationship with the injured employee through phone conversations. When he resisted a recommendation to transition to a long-term acute care facility, it was Powell who convinced him to go. Through her guidance, he was able to progress from wheelchair to ambulating with a cane in just four months. Powell facilitated his home care needs and utilized ODG guidelines to develop a realistic plan for the injured worker to return to work. Powell closed the file in just seven months, returning the man to modified duty, with an ROI of 6.31 percent.

How the Inflation Reduction Act could affect workers' comp

3 ways to build engagement and trust in workers' comp claimants

As the world opens up again in this COVID era, more U.S. companies with a global reach are sending employees overseas to conduct business.